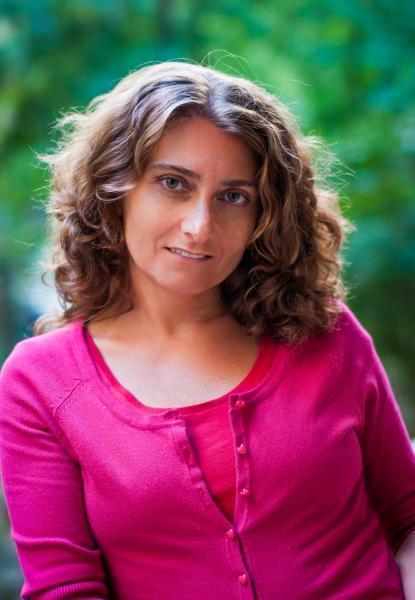 I was born in a non-typical “art family.” When I was six I started to string of pearls and stick all sorts of different things… Once I received a 75 pieces felt-tip pen set and then when I was twelve oil paint. My Mum took me to several exhibition halls where pictures were hanging on the walls. I soon learnt that those who made them were called painters. And this was it. It was then when I made up my mind to become a painter. At eleven I started to join in expert drawing groups, then I studied at Secondary School of Visual Arts. From 1988 to 1996 I was a student at The Hungarian University of Fine Arts to become a painter and drawing teacher.
From my early childhood I had a chance to do whatever I really liked to do: drawing, painting, being creative. During my graduation years I was able to travel and visit the lands, the ancient monuments and the cultures that I was reading and learning about.
I taught and studied in different free-art educations. (In the United Kingdom I lived in an art-farm and I went on a scholarship to Salzburg.) Living the life that an artist lives, however, never attracted me. This came first into my mind when I was fourteen and as I became older I was able to articulate my opinion more and more precisely. *I think the approach and the system of art, which estranged contemporary art (even earlier art) from the public, are complicated, artificial, not enjoyable and very often beyond all understanding.*
My first student determined my fate, because I so much enjoyed the role of teacher. Besides my private pupils in my college years I guided expert drawing groups, educated children in drawing camps and worked for private kinder gardens. After my graduation as a painting and drawing teacher I spent a few years teaching in different schools.
The idea on a free-art school gradually matured in my mind. In 1993, as a fifth year undergraduate, I wrote the following lines: “One of the forms of communication with the audience is teaching or interacting with people. To me this is as important as painting. On teaching I do not mean to teach only drawing. It’s rather a way of thinking to which one can arrive via art. I can introduce the multi-coloured life and all its rainbow colours with the help of art and show its system and its regularity.”
This is what I like to keep alive at Abonyi utca 8, in our Open Studio, the “Városligeti Nyitott Műterem”, which opened its gate in 2002. It is a place for those who have interests and talents to create things, who have not chosen art for living but would like to fulfil their desire for creativity, learn about themselves or simply settle for a few hours.
This is above all why I paint.